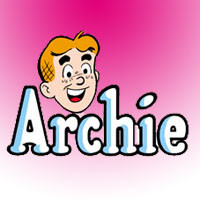 Craig Boldman has been a professional cartoonist since 1978. He has written and drawn over 10,000 greeting cards for such companies as Hallmark, American Greetings and Recycled Paper Products. He was a contract writer for Gibson Greetings for nearly a decade. In 1985, Boldman wrote the adventures of Superman for DC Comics, under the watchful eye of editor and living legend, Julius Schwartz. He has since written a variety of other well-known characters, including "Big Boy," "Bazooka Joe," and strips based on two Disney TV shows: "Disney's Doug," and "Disney's Recess."

Boldman currently writes the Jughead comic book for Archie Comics Publications, and has been writing the Archie newspaper strip since 1992, first in collaboration with artist Dan DeCarlo, and later with Henry Scarpelli, who continues drawing the strip today.

Boldman is the co-author/illustrator of a humor book from Andrews McMeel Publishing, "Every Excuse in the Book: 718 Ways to Say 'It's Not My Fault!'"

After an art education at the School of Visual Arts in New York City, Henry Scarpelli received his first job offer from a newspaper syndicate designing sales brochures and ads for feature presentations. Being an insider at the syndicate, he was presented with an opportunity to create "TV Tee-Hees," a cartoon humor panel feature appearing in 150 newspapers during the '60s and '70s.

He first worked at Dell Publishing as the artist for comic magazine versions of such TV shows as "The Beverly Hillbillies," "Bewitched," "Hogan's Heroes" and "Get Smart."

From there, Scarpelli moved on to major comic-book publishers, such as Superman D.C., Marvel and Archie Comics. While at D.C., he won two comic book "Shazam" awards and a National Cartoonists Society nomination for outstanding comic book humor cartoonist. After some years of doing comic books art for Archie comics, Scarpelli was offered the opportunity to do the Archie newspaper strip, both daily and Sunday.