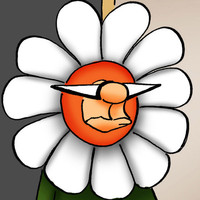 Have you ever watched a toddler draw? Large, looping circles, coils of circular lines without logic or predictability -- that’s what my road map to becoming a professional cartoonist looks like.

I’ve been a stockbroker with one of the world’s largest Wall Street investment firms, after which I served in an elite military unit, followed by a career as a special agent in law enforcement -- all connected by one unbroken thread, cartooning.

After returning from my last overseas deployment, I decided to pursue my lifelong ambition of becoming a professional cartoonist. I was fortunate enough to see my work published in such places as Reader’s Digest, the Saturday Evening Post, The Wall Street Journal and Harvard Business Review, among other publications in the U.S. and abroad. Additionally, my cartoons have been licensed for a variety of products, everything from figurines to cocktail napkins and greeting cards.

“Spectickles,” a cartoon primarily about a married couple with, to put it mildly, communication challenges, is an amalgamation of physical traits I find humorous: the deadpan expression and gravity-tugged flesh of Walter Matthau, the powerful presence of Ethel Merman, the glasses of my great-grand-parents and a host of other subtleties that result in the “Spectickles” characters.

I was born and raised in idyllic Wynanstskill, New York, a small town outside of Troy. After my military service, I settled in beautiful western New York with my wife, two sons, and black Lab, Arleigh, and I can be found at every opportunity trekking though the Adirondack Mountains. This is usually followed by significant periods of recovery from poison ivy.